2019-09 From the President: An exciting year ahead

UMRA has developed an exciting mix of forums and workshops for the coming year that will allow us to continue lifelong learning and living well in retirement. We expect to have a lively exchange with each of our fall speakers:

September 24. Professor Jack Zipes will talk about his research into children’s literature and fairy tales, supported in part by an award from the Professional Development Grants for Retirees program.

October 22. Douglas Yee, M.D., professor of medicine and pharmacology and director of the University of Minnesota Masonic Cancer Center.

Thanks to the tireless efforts of UMRA Past-President Jerry Rinehart, all our 2019-20 forums will be held in the spacious Campus Club West Wing Dining Room.

Each forum will be followed by a workshop in the Dale Shephard Room. In September, the workshop will focus on educational opportunities for retirees at the U of M. In October, the U’s Office of Human Resources will present the medical plan options for retirees in 2020; representatives of the plans will also be present. In November, Joseph Gaugler, Ph.D., a professor of long-term care and aging in the School of Public Health, will discuss models for successful aging.

Our Program Committee and other committees are working on additional opportunities for the association. With 2020 being an election year, we should hear from prognosticators and analysts before and after the election. We hope to develop a travel program that partners with Roads Scholar, and to continue our Armchair Traveler series that was so popular last year. If you’re interested in serving on one of our committees or have ideas to suggest, please let me know.

Finally, Kris Mortensen, our newsletter editor, and I attended the 2019 Big Ten Retirees Association Conference held at the University of Illinois in early August. It was exhilarating to share ideas and learn about the robust retiree programs at our peer institutions. Many of the associations do more extensive programming and have larger memberships than we do. We expect to emulate the best of what we saw to enhance our organization.

At the opening session, we heard from Chancellor Robert Jones, who was a long-time faculty member and vice president at Minnesota. I’m happy to report that he is prospering in Illinois and continues to be an articulate, thoughtful, and charming spokesman in his new home.

Our hosts put on a great conference, highlighted with presentations by the following from the University of Illinois:

Barbara Wilson, executive VP and VP for academic affairs, spoke about the state and national status of large research universities and their funding. Her talk and slideswere illuminating.

Wendy Rodgers, Ph.D., a professor of applied health sciences and leader of Collaborations in Health, Aging, Research, and Technology (CHART), and her graduate students discussed their work on the use of technology to support successful aging.

Donna Cox, M.F.A., Ph.D., director of the Advanced Visualization Laboratoryat the National Center for Supercomputing Applications, offered us a sampling of the award-winning movies they have created using large scientific data sets and models to visualize events ranging from the beginning of the earth to tornados in Kansas. It was mind-blowing. 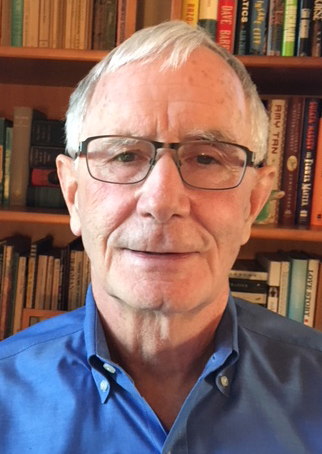