The Professional Development Grants for Retirees (PDGR) program is the only grant program in the United States to offer funding to retirees who want to continue their intellectual work. Whether in their academic field or starting something fresh, PDGR grant recipients can stay engaged for personal fulfillment and also for greater academic and societal benefit. Since 2009, the PDGR program has awarded more than 130 grants for a wide range of projects, from advancing international prevention science to documenting the life of civil rights activist and University leader Josie Johnson.

To date, these grants have helped to generate nine books, 48 journal articles, and an untold number of public and professional presentations. In addition, a mix of videos, websites, public exhibits, software, and educational material has been produced or updated with PDGR funding. Many of these achievements are recognized and used nationally and internationally, thus enhancing the reputation of the University of Minnesota.

Most grant recipients (71 percent) said the PDGR program was their only source of funding. More than half the others said their PDGR awards helped them to leverage additional funds.

Engineering Professor Emeritus Patrick Brezonik received nearly $680,000 in National Science Foundation and other grants. He said, “I am convinced that none of these grants would have been obtained without the seed funding the PDGR provided.”

Emeritus Professor of History William D. Phillips Jr., to cite just one example, used his grant to study the ethnographic observations of foreign travelers in Iberia in the 15th and 16th centuries. “It enabled me to begin a successful post-retirement trajectory of scholarship,” he said.

Strikingly, more than two thirds of the projects have benefited society at large, both in the United States and around the world.

2014-19 PDGR-supported projects
Here is a sampling of the projects supported over the past five years.

Early modern history. Evidence of global trade through a study of dress and textiles in Nigeria; foreign travelers' views of slavery in 15th and 16th century Iberia.

Education and learning. A new approach in learner social identity for people acquiring a second language; a multicultural video series showing parent-child interaction, and a new company to disseminate the videos.

Environment. Determining water quality in lakes through remote sensing; how Spanish fishermen controlled the mainstay tuna population in the 14th to 16th centuries; a video series on the critical importance of mining to the U.S. economy and national security.

Exemplary achievement. A biography of a woman who contributed to the successes of both Planned Parenthood and the Boundary Waters Canoe Area; folk and fairy tales of a forgotten folklorist; early American Indian writers—the “founding mothers” of Native American literature.

The human condition. Suffering and quality of life; evolutionary developmental psychology theory on personality and how individuals respond to the environment.

A complete listing of the projects supported since 2009 can be found under Grants for Retirees on the UMRA website.

—Will Craig, member, UMRA Board of Directors

The future of policing in Minneapolis

Greg Hestness
U of M AVP of Public Safety and Chief of Police, retired
Register

How not to sound old 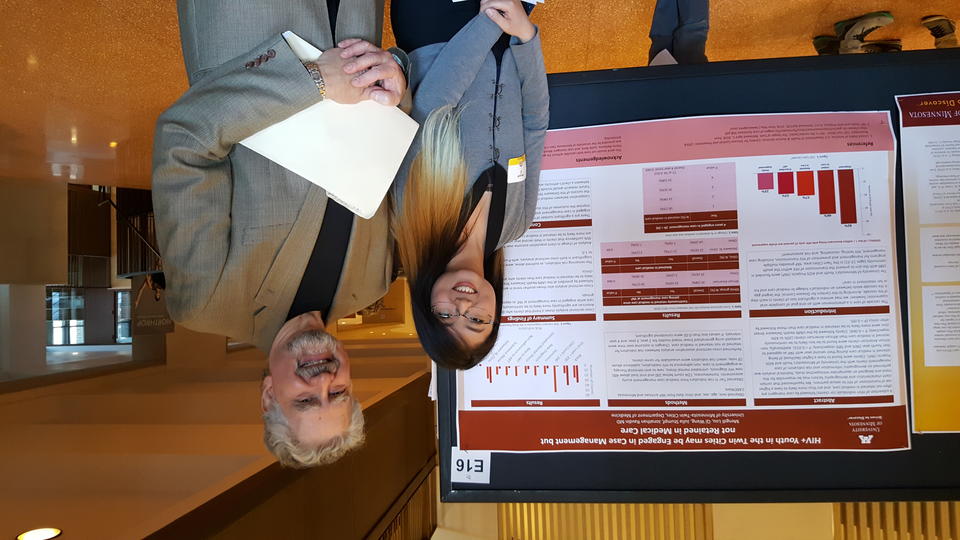 Over the last four years, with my spouse as co-investigator, I have benefitted greatly from having Undergraduate Research Scholarship students on our team for two projects supported by UMRA’s Professional Development Grants for Retirees program. Read more >>

The Professional Development Grants for Retirees program received only one application for 2021. Trying to create positive spin, I shall consider this an opportunity for us to replenish our program fund. Read more >>

Hello, my name is Dorothy Marden 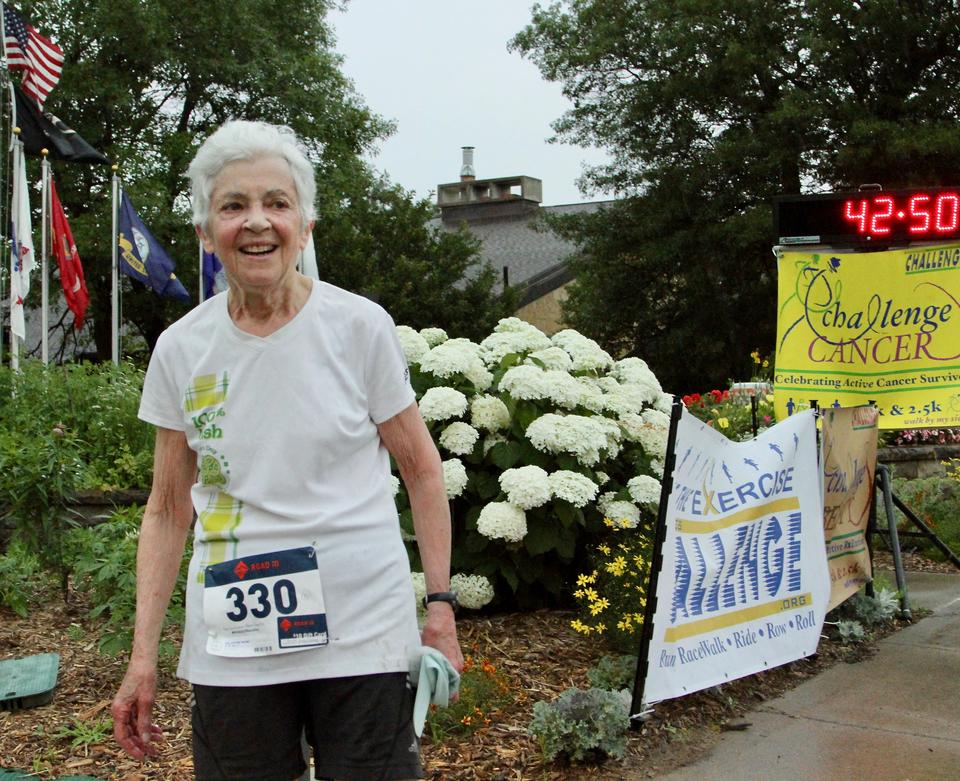 Meet UMRA member Dorothy Marden. She runs for fun and got her first TV, together with her husband, just last year. Really!
Read more >>

The Center for Healthy Aging and Innovation, or CHAI, a new center emanating from the Center on Aging, resides in the University of Minnesota School of Public Health and UMRA is a supporting organization. Read more >>

Due to the modest response to the Road Scholar “Art & History of Paris” tour the UMRA Travel Committee announced in November, Road Scholar has decided to add three more dates for participating. Read more >> 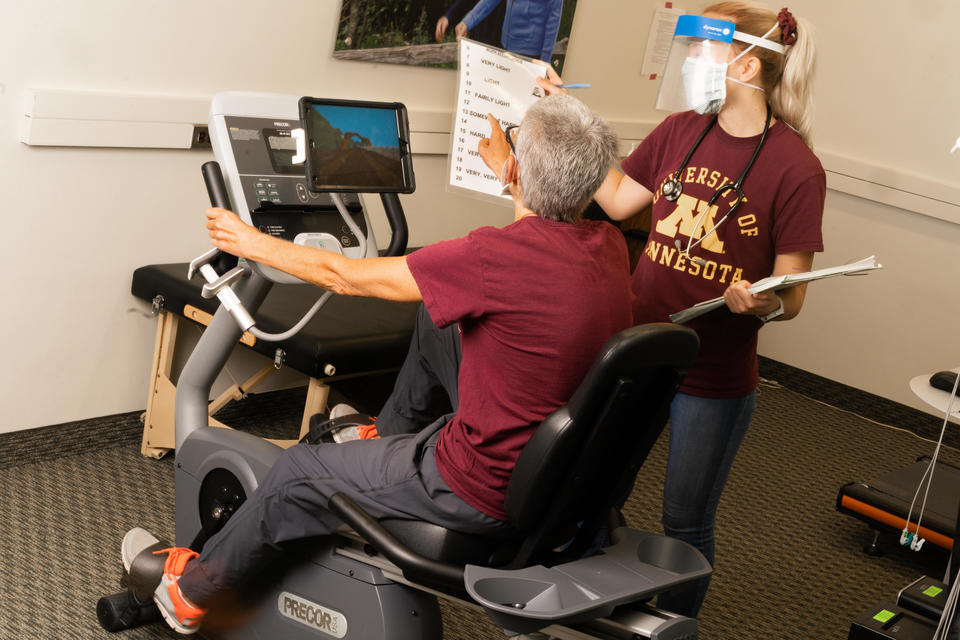 We saw during 2020 how relevant scientific research endeavors are and we may merely wonder at the inestimable value of having volunteers willing to be research participants. Extraordinary opportunities are available through the University Retirees Volunteer Center. Read more >> 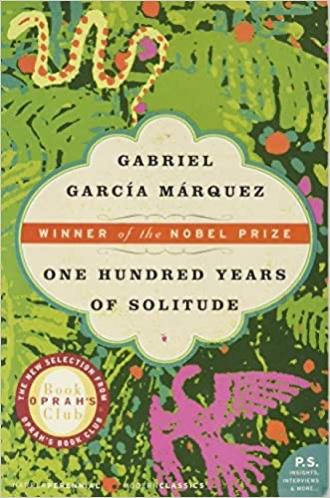 The UMRA Book Club discussed One Hundred Years of Solitude by Gabriel García Márquez at its January meeting. It was a difficult read for some.
Read more >>

UMRA is expanding on its partnership with the University of Minnesota Alumni Association by offering our webcasts to Gold Mind, UMAA’s expanding library of video presentations curated from 20 University colleges and units. Read more >>

Looking for answers to your tax questions and access to free tax preparation services? Many possible tax credits are available but only if taxes are properly filed. Read more >>

Parking discount coupons which UMRA members have used for the past 10 years will not function with the new parking payment system being installed in ramps and parking lots on the Twin Cities campus. Read more >>

A number of our retirees have experienced the deactivation of their umn.edu-domain access to Zoom when trying to schedule a Zoom meeting. Here's why. Read more >>

We need your help! The Retirees Association is seeking contributions from its members to support the technical side of our Zoom presentations. Read more >>

In late August, I set up a Zoom meeting that was to be held September 3 for a fundraising discussion with a national nonprofit that I work with as a volunteer. When I went to open the meeting as host, the system would not let me in. Read more >>

HELLO, my name is Fred Bertschinger

Meet UMRA member Fred Bertschinger, who has taken advantage of retirement to become a master naturalist and a beekeeper. Read more >>

UMRA is flourishing. Even now, UMRA members are finding ways to connect with others. In response to a healthy burst of recent activity, the UMRA Board has instituted a new policy for recognizing new, member-initiated interest groups. Read more >>

Have you noticed a proliferation of pronouns in some auto signatures, especially in the University world and the business community? Wondering what the change is all about? Read more >> 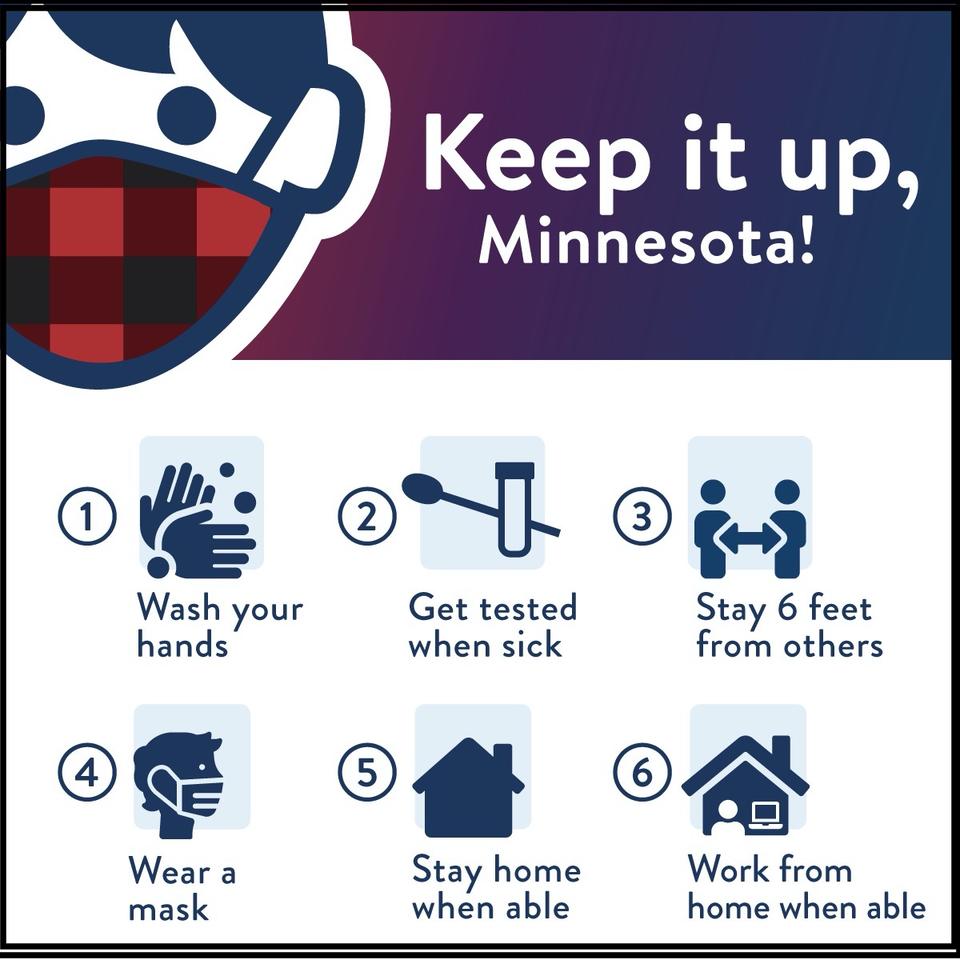 In the world of science, the speed that has brought the coronavirus vaccines to the point of distribution is truly remarkable—and a clear sign of how technology, combined with our growing understanding of human immunology, speeds up discovery. Read more >>

Thank you, U of M retiree volunteers! 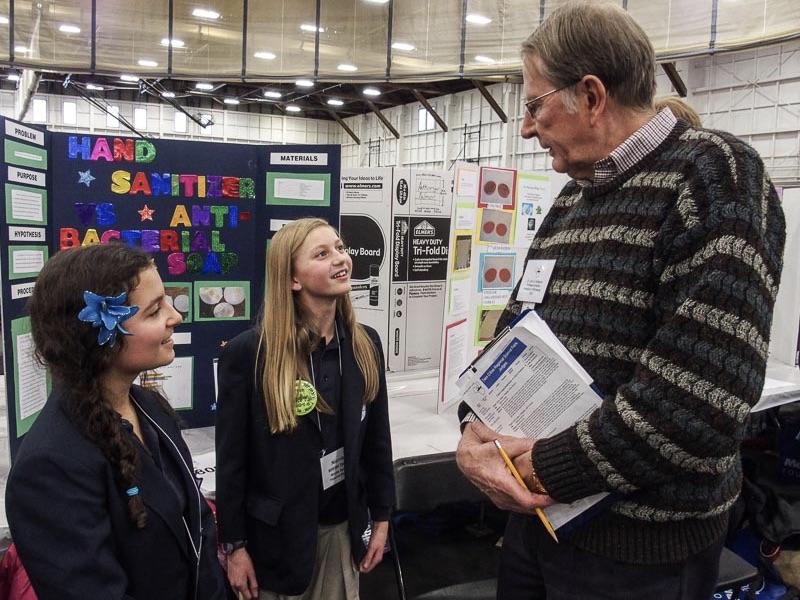 On behalf of the University Retirees Volunteer Center (URVC), I’d like to recognize and thank all the volunteers who contributed their talents and time to the success of the many projects both inside and outside the University coordinated by URVC this past year. Read more >>

Did you know the Retirees Association has its own open access, electronic journal? It's called JOIE, and UMRA is looking for a qualified volunteer to become the new editor-in-chief. Read more >>

Kathryn Pearson’s outstanding UMRA Forum presentation on November 24 about the 2020 elections ended with a brief exchange about Electoral College reform. As it happens, I have been immersed in this subject for the last four years and would like to offer this update. Read more >> 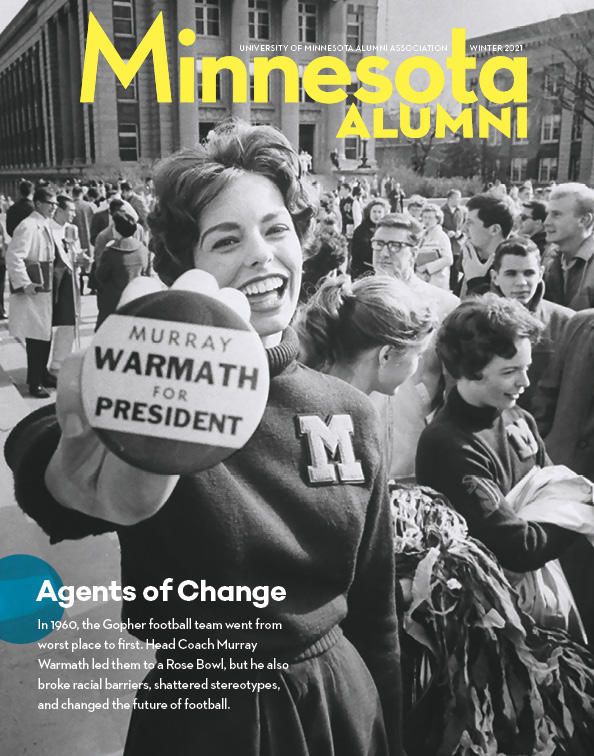 Five recipients of awards from UMRA’s Professional Development Grants for Retirees program, including Regent Emeritus Josie R. Johnson, are highlighted in “Still Making Change,” a feature article about U of M retirees written by UMRA Board member Will Craig and published in the Winter 2021 issue of Minnesota Alumni. Read more >> 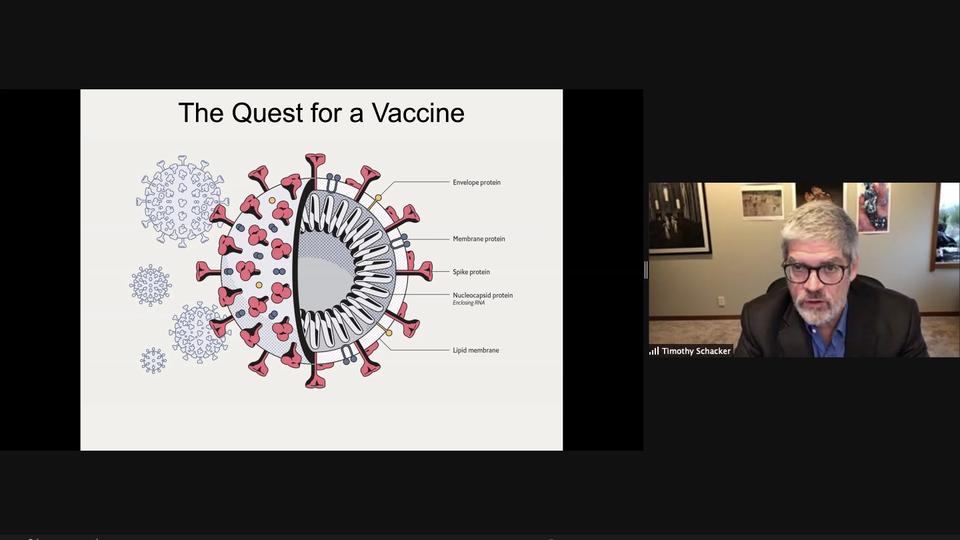 One day after Pfizer announced preliminary results for their COVID-19 vaccine, Timothy Schacker, MD, was our featured speaker for UMRA A.M. Dr. Schacker is an infectious disease specialist and vice dean for Research in the University of Minnesota Medical School. Read more >>

The UMRA Family History group met via Zoom on December 2 for a presentation by Lynn C. Anderson and Craig Swan on building and documenting family trees using Ancestry.com and FamilySearch.org. Read more >>

December 11 is the application deadline for next year’s awards from the Professional Development Grants for Retirees (PDGR) program. Read more >>

A master class on the 2020 elections 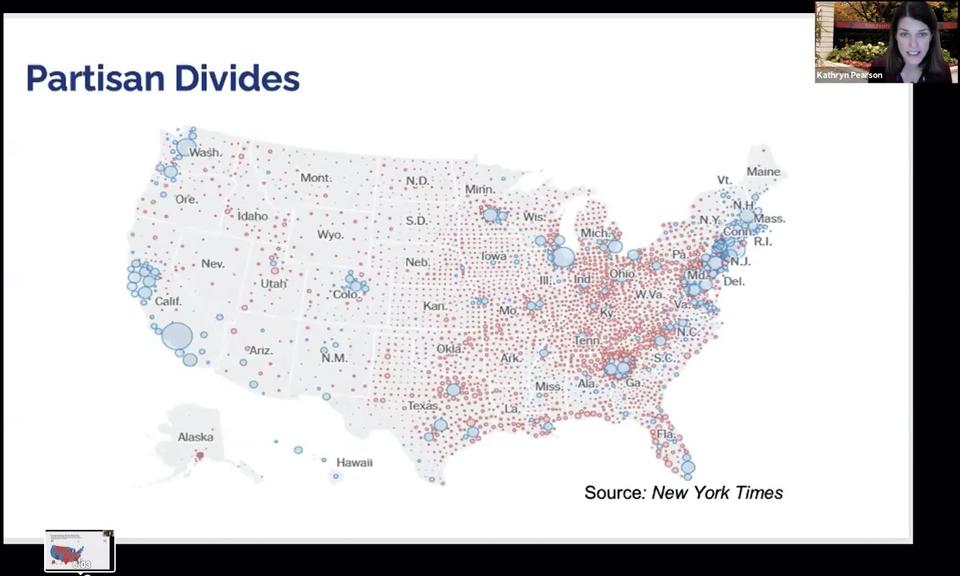 Political analyst Kathryn Pearson gave members of the Retirees Association a riveting and comprehensive analysis of the 2020 elections during UMRA’s November 24 forum via Zoom. Read more >> 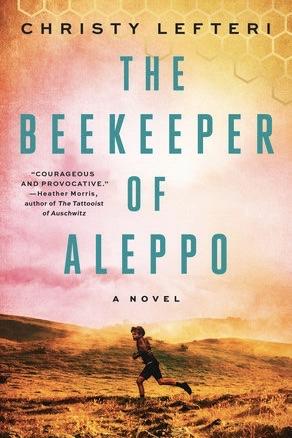 Interwoven with exquisite descriptions of the countryside, Christy Lefteri’s novel about the Syrian Civil War draws readers into the bombed city of Aleppo and the agonizing decisions families facing war must make. Read more >>